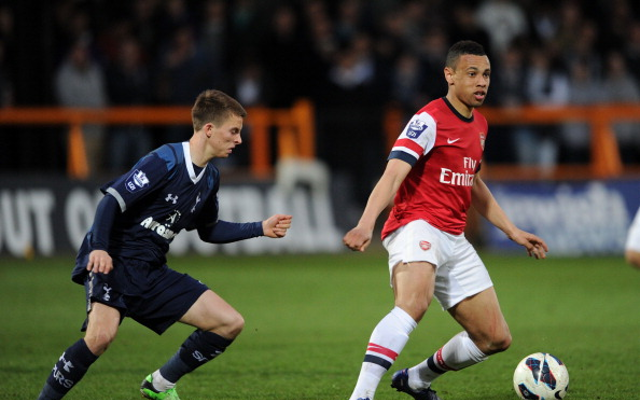 Young midfielder heads to the Bundesliga.

This will be the 22-year-old’s second loan spell away from the north London club after heading to Ligue 1 side Lorient in the 2010-11 season – a year after being a key member of the side that won the FA Youth Cup and making his competitive first team debut in a League Cup tie against West Bromwich Albion.

He made his Premier League bow during the humiliating 8-2 defeat to Manchester United in August 2011. However, he soon picked himself up enough to make a further 17 appearances for the club that season.

Operating mainly as a defensive midfielder as well as on either flank, he saw a good run of playing time in the first team last season, making 22 appearances, but he has perhaps fallen foul of Arsene Wenger’s proposed revamp of the squad this summer and has been shipped out on loan to make room.

However, there is still a case that he could have a future with the Gunners after being rewarded with a new long-term contract in January 2012 and in a statement on the club’s official website said:  “Everyone at Arsenal wishes Francis success for his time in Germany.”