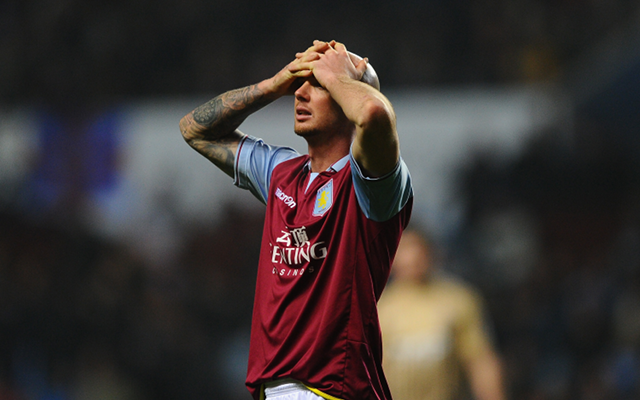 Both Stoke City and Everton are reported to be battling it out for the signature of Aston Villa midfielder Stephen Ireland, according to talkSPORT.

The Irishman has seen his career nosedive since joining Villa in 2010 as a makeweight in the deal that took James Milner to Manchester City. Gerrard Houllier, Alex McLeish and now Paul Lambert have failed to get the 26-year-old anywhere near his best form and Villa are now looking to cut their losses and ship him out to free up space on their wage bill.

He had made just nine appearances in claret and blue last season and many had believed that his only way out would have been to make the early jump to the MLS with New York Red Bulls reportedly interested in taking him off Villa’s hands.

However, despite falling off the radar he is still attracting the interest of top flight English clubs as new Stoke boss is hoping to reunite with him in the Potteries in a bid to replicate the electric form he once showed several years ago.

Championship side Brighton & Hove Albion are also said to be interested and could make a move of their own over the next two months if the two Premier League sides fail to press ahead.