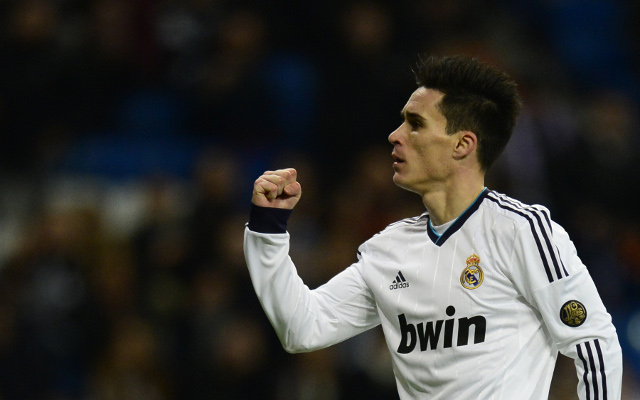 The player has also been linked with a move to Liverpool.

Jose Callejon could be set for a move to Napoli while Liverpool are also said to be in the hunt for the player, Marca reports.

Real Madrid and Napoli are thought to have reached an agreement, with the Italian side paying the Spanish giants 8 million euros.

Callejon is set to leave the Bernabeu this summer due to the lack of first team football that will be available at Madrid next summer.

His chances of first team football at the club were dented when Madrid signed Isco from Malaga and with both players playing in similar positions, Callejon feels that Isco is likely to get more opportunities to impress.

Callejon is currently discussing personal terms with Napoli and is weighing up whether or not to leave Madrid.

The fact that Rafa Benitez is in charge at Napoli is said to please the player but he may wait until he has spoken to new manager Carlo Ancelotti before he decides whether or not to move to Italy.

Liverpool are also thought to be interested in Callejon and are hoping that they can persuade the player to come to Anfield instead of Napoli.

However, it seems that Napoli are frontrunners for the players signature if he decides to leave Madrid.