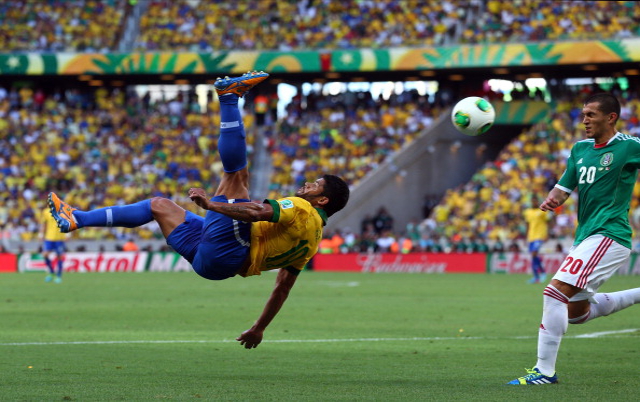 Chelsea boss Jose Mourinho has been given the financial backing from Roman Abramovich to make a move for £40m rated Brazilian Hulk according to the Daily Express.

The 26 year old has been strongly linked with a move away from Zenit St Petersburg and as well as interest from the Stamford Bridge club the former FC Porto man is also on Tottenham’s radar though one wonders if the North London club can afford to fork out the fee needed to land the powerful forward.

Hulk’s reported salary demands could also prove problematic for Villas-Boas, who is keen to strengthen his attack and is likely to sell Emmanuel Adebayor after a very poor season at White Hart Lane.

Hulk has publicly spoken of interest from prospective suitors, stating;

“Those approaches [by other clubs] do exist,”

“But if I am to move, it has to be to a better place, with a better team in a better competition. I will be happy too if I stay. Zenit are a great club.”

References to a ‘better competition’ could be a direct reference to the need to be playing at Champions League level, which Tottenham can not currently offer, which could be yet another sign that out of the two Premier League sides Chelsea are the more likely to sign Hulk.

Mourinho is keen to bring in a striker signing having already signed Andre Schurrle and it seems entirely possible that both Fernando Torres and Demba Ba could be sacrificed by the Blues boss as he looks to put his stamp on the he inherited from interim manager Rafa Benitez.