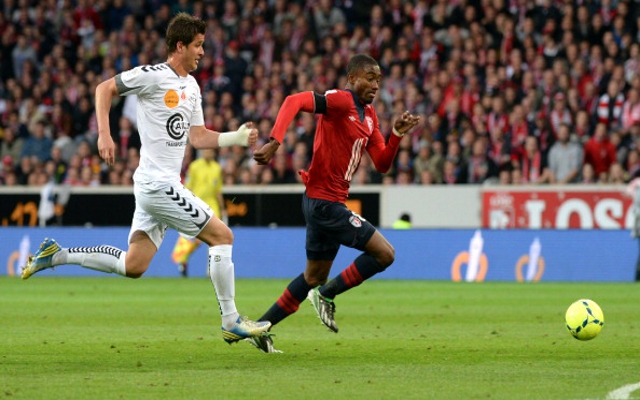 West Ham have joined West Brom in the chase for want-away Lille attacker Salomon Kalou, report the Express and Star.

The former Chelsea forward is subject of interest from the two Premier League clubs looking to bring the Ivorian back to England this summer, and could be available for as little as £3million, however, the players wage demands could be a stumbling block in any potential transfer.

The Hammers were interested in acquiring Kalou, 27, last summer, however he opted in favour of a move to France with Lille, who could offer European football. Reportedly earning £70,000-a-week in France, Kalou would have to drop his wage demands if he wishes to return to the Premier League with West Ham, who have just tied down Andy Carroll to a club high £80,000-a-week, long-term contract.

The Baggies have also secured a big-name striker signing the summer, today announcing the signing of free-agent striker Nicolas Anelka. The former Arsenal, Chelsea and Juventus forward was released this summer, and manager Steve Clark was quick to swoop in and secure his signature.

Both clubs also remain interested in Udinese striker Matej Vydra, who excelled on loan at Championship Watford last season, netting 20 goals in their quest for promotion, where they failed at the last hurdle. Udinese would prefer an £8million permanent sale, but would accept a second successive loan spell, with multiple Premier League teams interested.