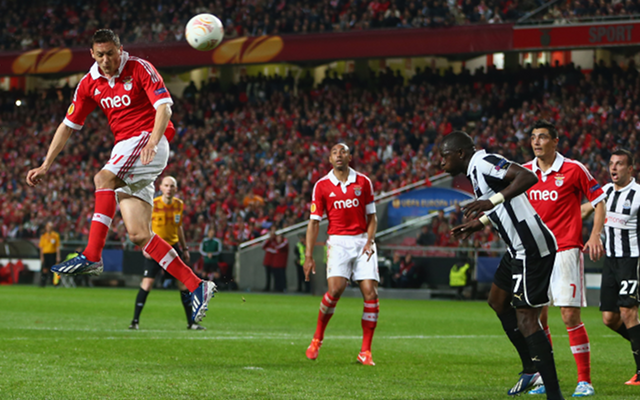 Benfica are holding on to the slight hope that midfielder Nemanja Matic will stay at the club but have admitted that it does not appear likely, Sky Sports reports.

The 24-year-old joined the club in 2011 as part of the deal that took David Luiz to Chelsea for £21 million.

He was just a bit part player at Stamford Bridge, but his performances in Lisbon have caught the attentions of Real Madrid and Chelsea, who could look to bring him back to west London.

And Benfica coach Jorge Jesus has confessed to being worried at the prospect of losing the Serbian international so soon after Javi Garcia and Axel Witsel’s departures to Manchester City and Zenit St Petersburg respectively.

“When he came to Portugal he was on the periphery at Chelsea. We thought that he had potential. In the two years that followed we worked with him and made him the player he is today, highly coveted by the biggest clubs in the world.

“It is not easy to replace a player with the quality of Matic, but last season I was in tougher situations after the exits of Javi Garcia and Witsel.

“I wish he didn’t leave, but I know that is almost impossible, given the demand there is for him.”