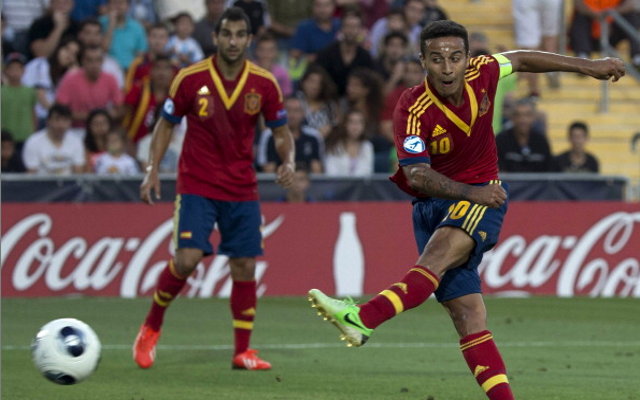 Nou Camp youngster on his way to Old Trafford.

Man United have reportedly completed their move to sign Barcelona youngster Thiago Alcantara with Spanish source Sport.es claiming the deal will be announced early next week.

Thiago Alcantara was reportedly looking for assurances with regards to the role he will play in David Moyes’s squad and has seemingly received enough encouragement from the Old Trafford boss to persuade him to agree terms on a five year contract with the Premier League title holders.

The deal is expected to cost Man United a fee of approximately £17m, this being the fee needed to trigger the youngster’s transfer release clause.