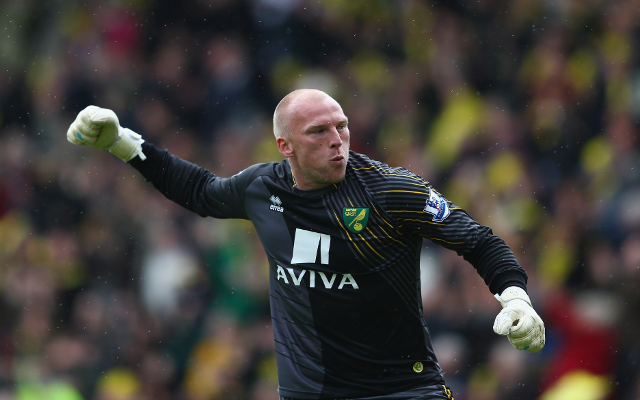 Canaries keeper John Ruddy is reportedly very interested in securing a move to Chelsea following speculation that the West London side had failed with an initial bid for the Carrow Road custodian according to Sky Sports.

The 26 year old has impressed since his move from Everton to Norwich City three years ago, displaying a consistent level of good form that has seen the keeper collect an England cap.

Jose Mourinho is looking to bring in a back-up option to Petr Cech having seen both Hilario and Ross Turnbull released by the Stamford Bridge side. Young Belgian Thibaut Courtois has been sent out for a third season long loan spell at Atletico Madrid leaving the Blues short of options.

Ruddy would be well aware that a move to Chelsea would in all likelihood entail a lengthy spell on the bench though the Norwich City man may feel he has what it takes to battle Cech for the starting spot and could feel that a high profile move would aid his push for a more prominent role in Roy Hodgson’s national team plans, perhaps all the more important with a World Cup Finals tournament less than a year away.

Ruddy has made 98 appearances for Norwich City.