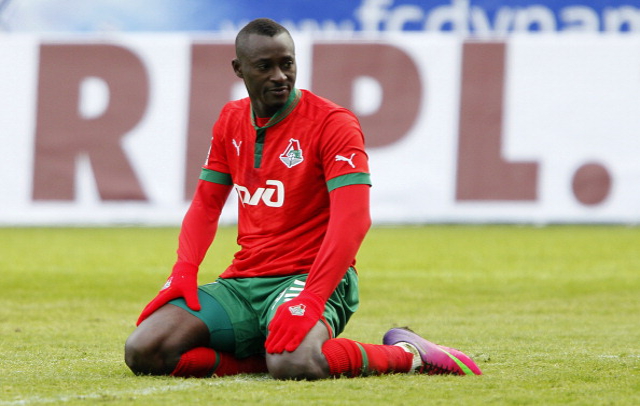 Norwich City have made a bid to sign Lokomotiv Moscow’s Ivorian forward Dame N’Doye, according to the Daily Mirror.

Manager Chris Houghton is desperate to add more attacking firepower to his Noriwch side this summer, having already signed Sporting Lisbon striker Ricky van Wolfswinkel for a club record fee of £8.5million this summer, he’s submitted a £6million offer for Lokomotiv’s Dame N’Doye.

N’Doye, 28, has also been linked with the likes of West Ham and Newcastle in the past, before his switch to Russia from FC Copenhagen last summer. Lokomotiv Moscow are expected to reject Norwich’s opening approach for their star striker, but are anticipating another bid.

Houghton continues to retool his squad this summer, confirming the signing of Birmingham winger Nathan Redmond this week for £4million, signing a four-year contract, and selling striker James Vaughn to Huddersfield for an undisclosed fee.

To make room for N’Doye, Norwich are prepared to sell club captain Grant Holt this summer. West Ham and Aston Villa showed keen interest in signing Holt last summer, but there has been zero interest in the bulky forward this time around.

Norwich have also agreed a fee for PSV forward Ola Toivonen, according to the club, however, the striker is believed to be unsure about a move to Norwich and the Premier League, and has been given until the end of the week to make up his mind.