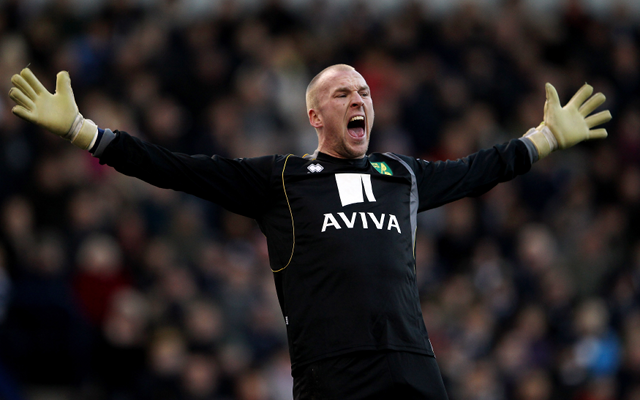 The Blues keen to bring in Norwich keeper as number two.

Chelsea are closing in on the signing of Norwich goalkeeper John Ruddy according to The Express.

The Stamford Bridge side are known to be in the market for a goalkeeper as they look to bring in an understudy for current number one Petr Cech.

The club released former number 2 Ross Turnbull at the end of last season and have recently allowed Belgian youngster Thibault Courtois to go out on another season long loan deal to Atletico Madrid.

Brazilian goalkeeper Hilario is likely to stay on but it is understood the club see him carrying out duties as the number three choice.

Chelsea are keen for the goalie they bring in to be English as they are mindful of the regulations in European competition stipulating that a certain number of the matchday squad has to be from the club’s home country.

That could pave the way for Ruddy to arrive from Norwich with Chelsea reportedly having tabled a £5 million offer.

That was rejected by the Canaries but it is understood that Chelsea intend on returning with an improved offer.

But it remains to be seen whether Ruddy will agree to any deal as he may decide his chances of making the England squad for next year’s World Cup might be better served by playing first team football with Norwich.