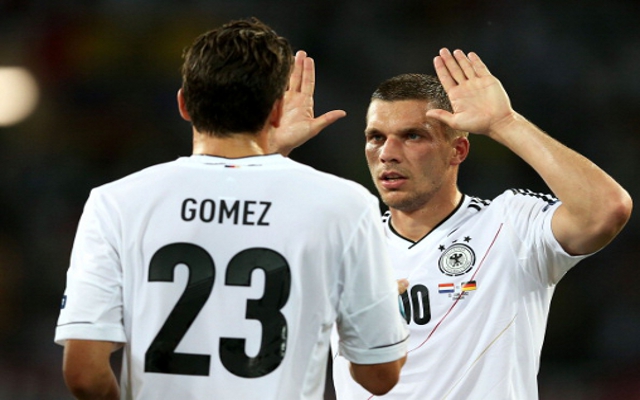 Arsenal are readying a move to meet Bayern Munich’s asking price for German international Mario Gomez as Arsene Wenger prepares to shift attention to the Allianz Arena star if the North London club are unable to complete the long running deal to bring in Real Madrid forward Gonzalo Higuain.

CaughtOffside understands that the Gunners are concerned as to how long it has taken to secure Argentine Higuain and having experienced a similar long running saga in pursuit of Fiorentina’s Stevan Jovetic the Emirates Stadium side are keen to put in a back-up plan into place.

Incoming Bayern Munich boss is ready to listen to offers for 27 year old Gomez who has not been given the first team starting spot guarantees he has demanded and as such will be allowed to leave if a prospective buyer makes an offer that meets the club’s very reasonable €20m (£17m) valuation and Wenger is ready to enter the race to sign the former Stuttgart man this summer.

Though Gomez found himself forced out of Jupp Heyneckes side following the Bavarian’s signing of Mario Mandzukic the powerful forward still scored regularly, netting 19 goals in all competitions despite making just 32 appearances of which only 13 were starts.

Gomez has been a consistent attacking weapon over the course of the past seven seasons and has scored 113 goals in 174 appearances since moving to Bayern Munich in the summer of 2009.

Wenger is desperate to bring in an established striker who can better lead the line than French forward Olivier Giroud, who had a fairly average first season at the club last term.

Though the Arsenal boss also has his sights set on Man United’s Wayne Rooney he is acutely aware that the chances of bringing in the England man are slim.