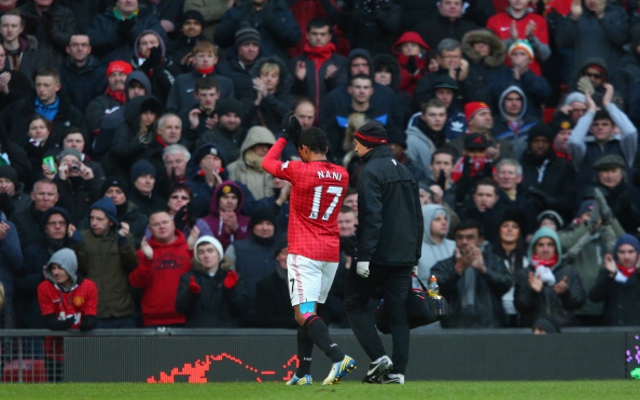 Portuguese winger looking likely to head to Serie A.

Manchester United winger is on the verge of a move to Roma according to claims by his agent being reported in The Metro.

The Portuguese star looks almost certain to leave the club this summer after a number of disappointing seasons in recent years.

Sir Alex Ferguson gave Nani numerous opportunities to prove himself by while the player could win you a game one weekend, you had no guarantee he would not be anonymous the next.

Fergie finally grew out of patience with Nani and his fellow wingers, Ashely Young and Toni Valenica, and resorted to playing a narrower formation in the midfield.

New United boss David Moyes has refused to provide Nani with assurances that he will receive a greater amount of playing time this season and that could pave the way for an Old Trafford exit.

Nani is keen not to spend time on the bench this season as he looks to establish himself in the Portugal first team as they prepare for next summer’s World Cup finals tournament in Brazil.

Roma are thought to be ready to meet the £8.5 million asking price and are favourites to secure his signature. They can expect competition from Turkish giants Galatasaray.