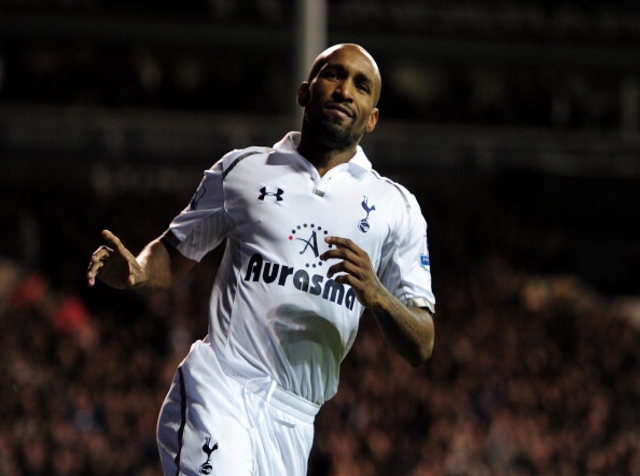 Stoke City manager Mark Hughes has made Tottenham striker Jermaine Defoe one of his main targets this summer, the Daily Mirror reports.

Hughes hopes to reunite Defoe with Peter Crouch after the pair shared an effective partnership together while playing for Portsmouth and Tottenham.

The Welshman believes that the pair could form that same partnership at Stoke and help the club rise towards the European spots in the Premier League table.

Spurs are looking to offload Defoe this summer with manager Andre Villas-Boas looking to add at least two quality strikers to his squad, meaning Defoe is surplus to requirements at White Hart Lane.

The North London club will reportedly accept a bid of £6 million for Defoe but it is the players wages that may prove to be the sticking point for Stoke.

Defoe currently earns £65,000 a week at Tottenham and Stoke would have to make the striker their highest paid player to bring him to the Britannia Stadium.

If Hughes wants to reunite Defoe with Peter Crouch then he will have to block QPR boss Harry Redknapp’s attempts at signing the striker for his campaign in the Championship.