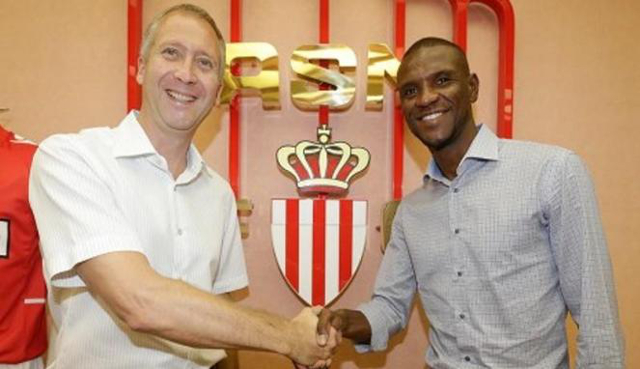 Eric Abidal has signed for big spending French side AS Monaco, on a three-year deal today, after his release from Spanish giants Barcelona.

The former Barcelona left back struggled with illness in recent years, and therefore the Spanish champions did not offer the Frenchman a new contract. At 33 years-old, Abidal did not have any intention of retiring after his spell at the Spanish champions came to an end, despite his recent battle with a liver tumour in 2011.

Abidal started his career at Monaco back in the year 2000, when he made his first professional appearance in a 3-0 win over Toulouse – aged just 21. He then opted to move to Lille in 2002, and then Lyon in 2004 when he won three consecutive Ligue 1 titles. Finally in 2007, Eric signed for Barcelona, making 125 appearances and scoring twice, in his six year spell.

Ligue 2 champions, Monaco, signed French international Jeremy Toulalan yesterday for an undisclosed fee, to add to their already impressive summer spending. They are now assessing a move for Real Madrid’s left back Fabio Coentrão, who told former team mate Ricardo Carvalho that he wanted to leave the Spanish capital.

“I think that he [Fabio Coentrão] wants to move on because he thinks that it would be the best thing for him to do career-wise,” Carvalho told reporters. At 25 year-old, it is understandable that the Portuguese international is not happy sitting on the bench behind Marcelo.

AS Monaco are strongly linked with a move for the former Benfica defender but this would cause Abidal to either sit on the bench, or be forced to play centre back it would appear.