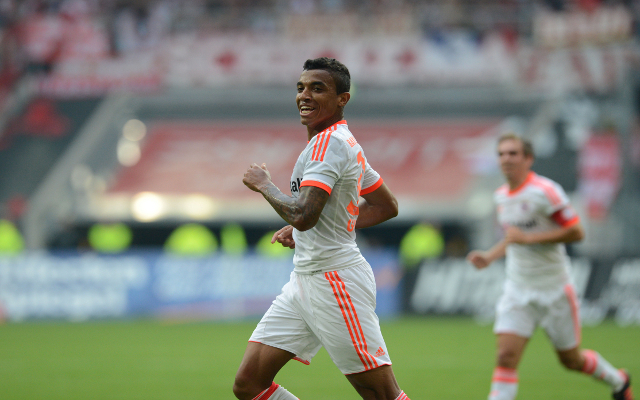 Bayern Munich midfielder Luis Gustavo has waved away speculation linking him with a move away from the club this summer by declaring his intent to stay and impress new boss Pep Guardiola, Sky Sports reports.

The 25-year-old joined the European champions in 2011 after impressing at Hoffenheim, but quickly found his place in the side under threat when Javi Martinez signed on from Athletic Bilbao last summer.

The arrival of new boss Pep Guardiola has also raised question marks over his future with Arsenal reportedly ready to pounce should he be deemed surplus to requirements.

However, he is hoping to win round the former Barcelona man when he returns from a short holiday after helping his country to a Confederations Cup victory last month.

“I am under contract,” Gustavo told Globo Esporte. “I want to stay but let’s see what happens.

“I will present myself to the new manager on July 18 and let’s see what his decision will be.

“This title doesn’t make me feel that I am certain to play. It’s always good to be valued, to see your job is being done well. Everyone who works feels happy to be valued.

“Now, let’s see what will happen. I want to see out my contract. Our team is very good and I feel well in Munich, but let’s see.”