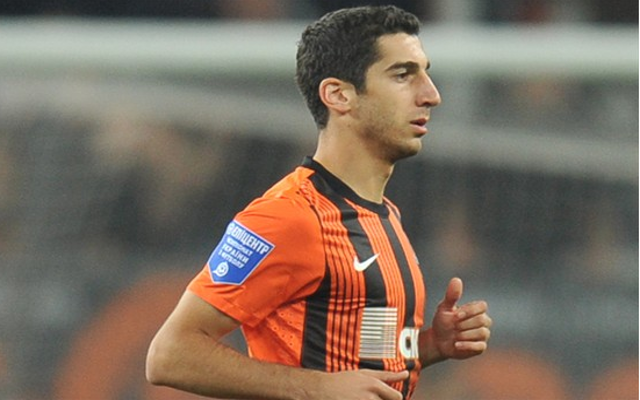 Borussia Dortmund have signed Shakhtar Donetsk midfielder Henrik Mkhtaryan, according to a club statement made by Donetsk.

The long-term Liverpool target Mkhtaryan has signed a 4-year contract with Dortmund this summer, with an option to extend, with the fee believed to be in the region of £23.7million. Dortmund were able to agree a fee ahead of Liverpool due to the fact that the transfer rules in Germany do not require the buy-out of a third party ownership, to which Liverpool were required to purchase.

Dortmund have already signed reported Newcastle and Swansea target Pierre Emerick-Aubameyang this month from Saint Etienne, but were in need of another creative midfielder following the sale of Mario Gotze to Bayern Munich. Dortmund are also preparing for the exit of star striker Robert Lewandowski, who is set to join Munich on a free transfer next summer, and the attacking influence of Mkhtaryan will help take the pressure off finding a new forward this summer.

A club statement by the Ukrainian side read: ‘Shakhtar Donetsk and Dortmund-based Borussia resolved all the necessary formalities on Henrikh Mkhitaryan’s move to the German club. The transfer fee for the Armenian midfielder is EUR 27.5 million [£23.7million].’

Liverpool have lost out on signing Mkhtaryan, but remain interested in signing Porto’s Christian Atsu and Roma’s Erik Lamela, but face competition from Arsenal for the latter.