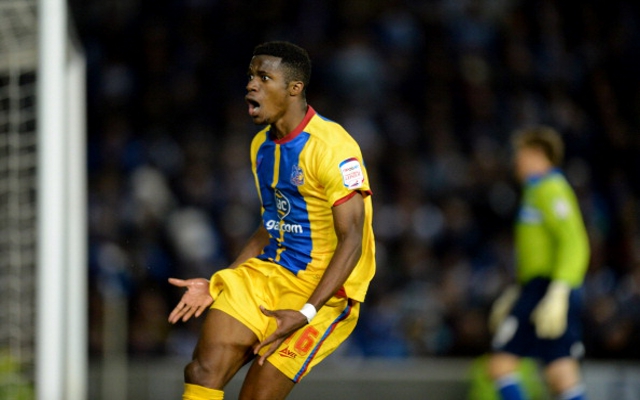 The winger signed for Manchester United in January but was loaned back to Palace for the second half of the season.

There was hope from some at Selhurst Park that United could be persuaded to loan Zaha back to Palace for this season, helping the clubs fight to stay in the Premier League.

Reports suggested that United manager David Moyes was going to make a decision about Zaha’s short term future once he has seen him at pre season training.

However, Holloway has said that he doesn’t want to bring Zaha back to Selhurst Park as he wants to give the player a chance to shine at Old Trafford.

“I don’t think for one minute I’d even consider asking David Moyes about signing him right now,” Holloway told talkSPORT. “I don’t think it’s fair to the boy. He’s got to have a go at United”.

United signed Zaha in January for a reported £17 million but he was loaned straight back to Palace to help them in their fight for promotion.

The winger had a excellent second half of the season for Palace, scoring two crucial goals in the clubs play-off semi-final against rivals Brighton and Hove Albion.

The player will now look to make an impact at United and hope to break into the clubs first team under Moyes.