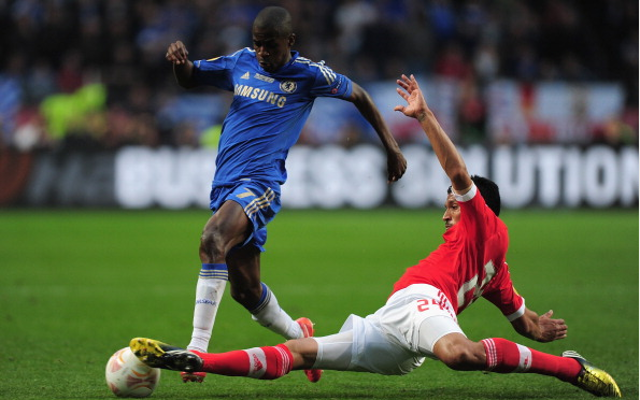 Old Trafford side close in on Benfica star.

Man United are set to announce the signing of Benfica centre-back Ezequiel Garay according to Portuguese source Record.

The Old Trafford side have been strongly linked with the 26 year old for some months and this source believes a move will be complete in the coming days, a move that will apparently lead to Serbian Nemanja Vidic looking for a new club.

The Man United captain has struggled with injuries and is said to be high up on the AC Milan wish-list and the signing of Garay coupled with the fact that Rio Ferdinand has signed a new one year contract will seemingly lead Vidic to leave Old Trafford in pursuit of regular first team football.

Garay has battled back from a disappointing spell at Real Madrid to re-ignite his career in Lisbon but last term’s end of season disaster could well have led the Argentine to pursue a Benfica exit.

The Estadio da Luz side saw their pushes to win a Primeira Liga, Europa League and Taça de Portugal treble all vanish in the last weeks of the campaign which has led many of Jorge Jesus’s side to be strongly linked with a move away from the Portuguese giants this summer.

Though Moyes will have concerns about Vidic’s injury problems and Ferdinand’s age the Man United boss can also call upon Jonny Evans, Phil Jones and Chris Smalling as central defensive options.