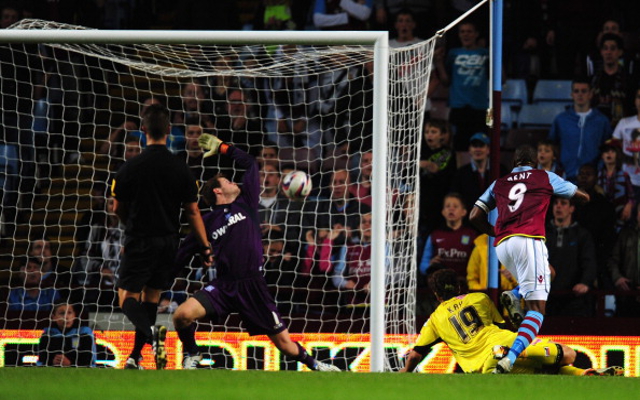 Newcastle United still lead the chase for want away Aston Villa striker Darren Bent, but the two clubs are yet to agree a fee according to The Chronicle.

Alan Pardew has told Joe Kinnear he wants to bring former-Charlton striker, Darren Bent, to Tyneside, but Mike Ashley has refused to pay the original asking price of £8million. Aston Villa then lowered their asking price to just £6million, but it appears Ashley will require more persuasion then that to pay £6million for a 29 year-old.

The Newcastle chairman has a £4million fee in his mind as a maximum he wants to pay. So a possible £5million fee appears likely for the two clubs to agree on as Pardew desperately tries to find Papiss Cissé’s next strike partner, after selling Demba Ba in January and missing out on Pierre-Emerick Aubameyang – who signed for German side Borussia Dortmund – already this summer.

Personal terms may then be the next stumbling block as the former England international is willing to accept a £20,000-a-week pay cut to take his wages down to £55,000-a-week to join Newcastle, but representatives are still trying to get him to agree to a £45,000-a-week deal, for an expected three years.

If the two Premier League clubs do not agree a fee it appears Graham Carr has found another alternative to partner Cissé, Olympique Lyonnais’ Bafetimbi Gomis. The French striker has expressed his desire to leave his home country to explore the Premier League, with St James’ Park being his ideal destination.

Even a possible move for Manchester City’s Scott Sinclair appears to be on the cards which would allow Pardew to play Yoan Gouffran centrally with Sinclair on the left, and Ben Arfa on the right.