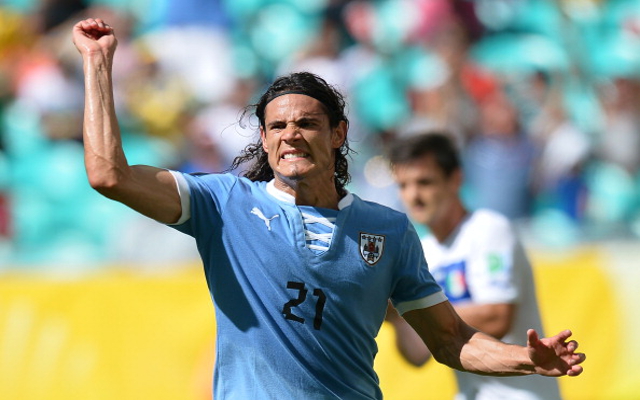 PSG have confirmed the signing of Napoli striker Edinson Cavani according to French newspaper La Parisien.

The Uruguayan forward has been one of the most sought after players in the world with a host of the game’s top sides having been vying for his signature.

Cavani was in fine form for Napoli last season, firing them into second place in Serie A while also finishing the season as top scorer in the Italian top flight.

Those performances did not go unnoticed with a number of teams thought to have made approaches to Napoli for the player.

Chelsea, Real Madrid and Manchester City have all been strongly linked with the player over the last few months.

Cavani’s departure has long had an air of inevitability about it after Napoli President Aurelio Di Laurentiis revealed the striker had a £53 million release clause in his contract.

The Italian club would have loved to have kept hold of Cavani but were powerless in the face of clubs meeting the clause.

Cavani is now set to join up with Swedish international Zlatan Ibrahimovic and is set to form what could become one of the most deadly attacking partnerships in football. He also follows in his footsteps of his compatriot Ezequiel Lavezzi, who moved from Napoli to PSG last summer.