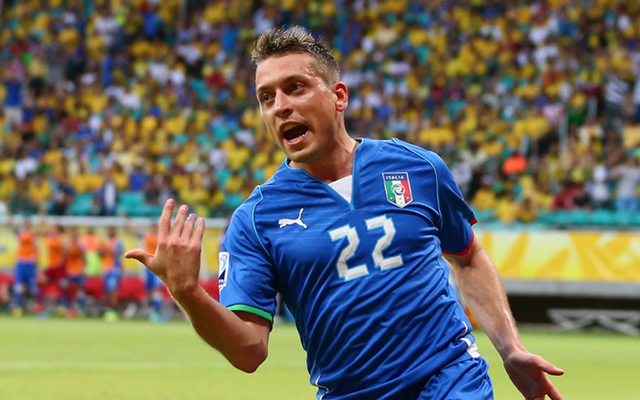 The agent of Juventus star Emanuele Giaccherini has said that his client will be unlikely to leave the Italian champions this summer despite interest from Sunderland, Sky Sports reports.

Reports in Italy had suggested that Paolo Di Canio had been in touch with the club over a proposed €10million (£8.6million) bid for the 28-year-old.

However, his agent, Furio Valcareggi, has denied that any such deal is likely to go ahead this summer.

“Myself and my partner have not called anyone, and also [Juventus director general Giuseppe] Marotta has made it very clear on the future of Giaccherini,” he said.

“And he gets on well with Antonio Conte, who is a great coach and he has no intention of selling him – he is not for sale.”

There had been suggestions that the Italian international had been looking to move on from Turin this summer after making just 23 appearances across all competitions last term, scoring two goals, but Valcareggi denied that was true.

“Absolutely not, he is fine at Juventus.

“He has the confidence of everyone and still wants to win so much. I believe Juventus are in a strong shape to win a third consecutive title.”