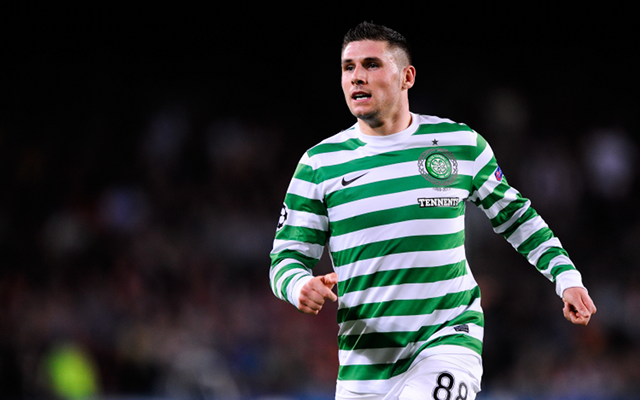 Celtic are bracing themselves for a battle to hang on to their striker Gary Hooper according to The Record.

The forward has been attracting strong interest from south of the border, leading to the Scottish champions rejecting two bids for the player.

Hooper has been linked with a move to the Premier League for some time, with Norwich known to have been long-term admirers.

The East Anglia club reportedly had a £9 million bid for Hooper turned down on the last day of the January transfer window club and the club appear to be ready to make another attempt to sign the player.

Celtic reportedly turned down an offer from the Canaries of £4 million while it is understood that they rejected a similar offer from Championship side QPR.

Both are expected to return with improved offers and it will come a surprise to many should Hooper remain at the club come September.

Hooper is reportedly keen to secure a move to Norwich, where he would form a striker partnership with the recently arrived Ricky Van Wolfwinkel.

Hooper is reportedly of the opinion that playing in the Premier League represents his best chance of impressing England manager Roy Hodgson as he looks to make the international squad in time for next summer’s World Cup in Brazil.