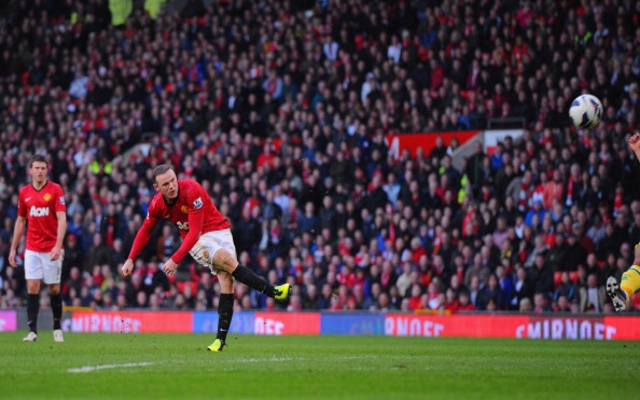 Bookmakers have made Rooney a 3/1 shot to sign for Chelsea this summer.

Chelsea are the only team with a realistic chance of signing Wayne Rooney this summer according to bookmakers, the Daily Star reports.

Rooney has been given a 3/1 shot to move to Stamford Bridge this summer, with bookmakers believing that Jose Mourinho can lure the Manchester United striker to the Blues.

Arsenal are also thought to be in the hunt for the England international but have only been given odds of 10/1, meaning bookies believe the chances of Rooney making a move to the Emirates are slim.

Manchester United boss David Moyes is desperate to keep Rooney at the club this summer and has already held talks with the striker over his future.

Moyes said that Rooney wasn’t for sale at his first press conference as Red Devils manager but didn’t confirm whether Rooney intended to stay at Old Trafford or not.

Reports suggest that Rooney is wanting Moyes to state that he is still an important part of the Manchester United team and of the Scots plans going forward.

It still seems unlikely that United would be willing to sell Rooney to Chelsea this summer because the Blues are likely to be direct challengers for the Premier League title next season.