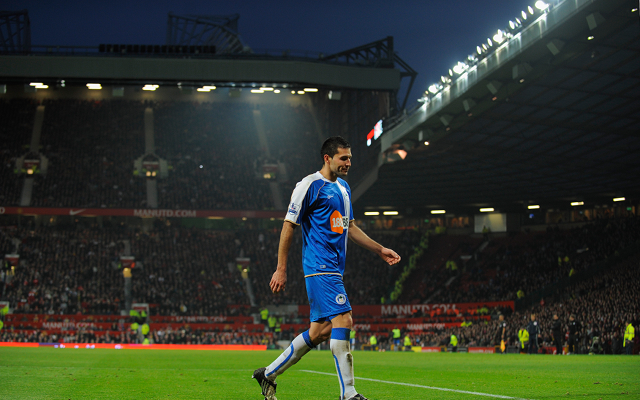 Wigan stopper links up with Martinez on Merseyside.

The 30-year-old joins the Toffees on a free transfer after his contract at the DW Stadium expired last month and has agreed a two year deal.

Alcaraz now follows his former teammate Arouna Kone to Goodison Park after he agreed to a three-year deal on Monday afternoon.

Last season was one of contrasts for Alcaraz more than most. He was forced to sit out most of the campaign thanks to a groin injury he picked up in late August whilst on international duty with Paraguay, which saw him miss out for the next six months.

However, after passing a medical with a clean bill of health, he was able to put the finishing touches on a move which has been a couple of weeks in the pipeline after negotiating to secure a work permit.

Martinez rates Alcaraz so highly that he has said previously if he had been fit for the majority of the season then Wigan would not have been relegated.

He made just 14 appearances last term, in which six resulted in clean sheets, including a particularly strong showing at Goodison Park as Wigan dumped Everton out of the FA Cup at the quarter-final stage.