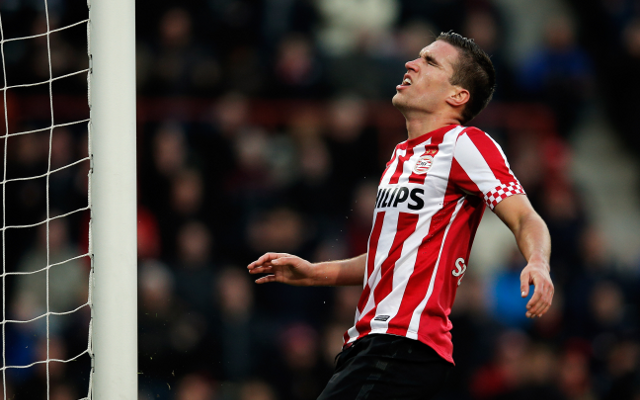 Midfielder wants move despite PSV claiming he’s not for sale.

PSV Eindhoven midfielder Kevin Strootman has claimed that he is in talks over a move away from the club this summer, Sky Sports reports.

The Eredivisie side are reportedly desperate to keep hold of the 23-year-old following the departures of Dries Mertens, Erik Pieters and Jeremain Lens already.

However, the Manchester United target has confessed that he is in talks over a move away from the club despite them telling him that he is not for sale.

“There are several clubs interested but only when they reach an agreement with PSV do I come into the picture,” he said.

“This is not to say that any are in the world’s top six.

“There is also interest from Russia, but that is not an option for me. I do not make hasty decisions about my future.

“The opinion of Holland coach Louis van Gaal is also very important with the World Cup in Brazil next year.”

He also spoke of his disappointment at the sales of his three teammates by adding: “It was very unfortunate that so many players left PSV,” he added. “I did not expect Dries Mertens and Pieters would leave the club.”

The trio’s departure prompted the club’s technical director Marcel Brands to say of Strootman last week: “We do not want to lose him.

“He knows himself that he will play another season at PSV.”