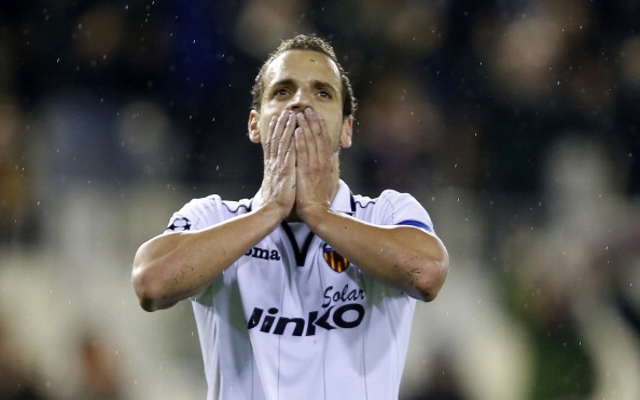 North Londoners had been confident of landing Barca forward.

Tottenham Hotspur will turn their attentions back towards prolific Valencia front man Roberto Soldado after missing out on first-choice striking target David Villa, according to reports in the Daily Star.

The north London club had been hoping to tie up a deal for experienced FC Barcelona attacker David Villa this summer, only to find out on Monday that the coveted Spain international had surprisingly decided to sign for Liga outfit Atletico de Madrid instead in a cut-price deal worth just £4.4 million.

As a result, Tottenham head coach Andre Villas-Boas has now decided to move his attacking focus to another Spain international forward, with the Portuguese understood to be keen to bring Valencia skipper Soldado to White Hart Lane this summer.

The 28-year-old has been at the Mestalla for the past three seasons, having originally signed for Los Che from Getafe in June 2010 for just 10m euros, and in the intervening three-year period Soldado has proved himself to be one of the Continent’s most prolific marksmen.

In total, Soldado has found the back of the net on 81 occasions in only 141 matches in all competitions during that time, including a highly impressive 59 strikes in his 101 Liga contests, however, if Spurs wish to land the player for next season then they will need to substantially raise their original offer of £18m in order to meet Soldado’s £25m release clause in his current Valencia contract.