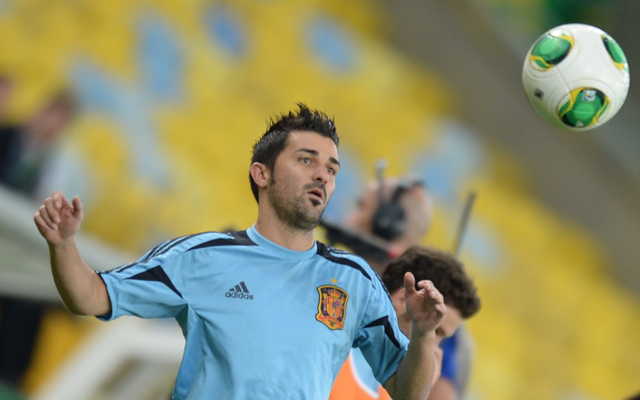 The Madrid side will pay Barcelona an initial €2.1 million for the 31-year-old, who is also Spain’s record all-time goalscorer, and that fee will rise to just €5.1 million if he sees out the entirety of a three-year deal.

“Many Spanish and foreign teams would have sacrificed a lot to have Villa in their squads and we have paid a very low price for him, so we’re very pleased about that,” Cerezo told Radio Nacional de Espana.

“The most important factor in the deal was that we have wanted to sign Villa for a long time and that’s why we’re so happy. We wanted to sign him when he went to Valencia from Zaragoza, and now he belongs to us.”

Villa endured a difficult time in the Catalan capital last season, bagging just 10 goals, but Cerezo still believes that he has a lot to offer.

“Villa still has many seasons left in football. He is a natural goalscorer. We are expecting great things from him because he is one of the key players in the Spain team. We expect him to score many goals.”

Eight dazzling Xavi-replacements who could make big-money transfers to Barcelona this summer May 21 2015, 16:10
Manchester City

Man Utd boosted in Edinson Cavani chase as Juventus pull out of the running May 21 2015, 10:59
Manchester United FC