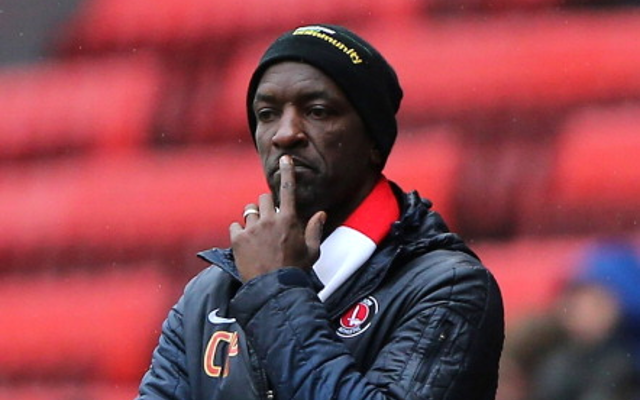 Championship side Charlton Athletic have remarkably withdrawn their contract offer to left back Cedric Evina according to Sky Sports.

The former Arsenal youngster turned down Charlton’s initial one-year contract offer. Charlton then stumped up a second offer, but Cedric was not happy with the proposed personal terms forcing the Championship side to withdraw their offer.

Evina is now free to join whoever he wants, but his agent, Saif Rubie, claims Charlton have treated him unfairly.

“Charlton did not want to compromise on a new deal and now my player is left in no man’s land,” Rubie told Sky Sports.

Although Cedric and his agent are trying to find him a new club, he is currently training alone to maintain his own fitness – enabling him to go straight into a new club when a deal is agreed with a new club.

The Frenchman becomes the sixth player to leave the London club this summer as a free transfer, including 23 year-old winger Scott Wagstaff who was remarkably not given a new deal – who has now joined Bristol City on a free.

Chris Powell has only managed to sign former Swansea City midfielder Mark Gower this summer, but at the age of 34, it is unlikely Gower will make a huge impact on the club. The Addicks have been linked with a move for Swansea striker Leroy Lita who previously spent time with the London club when in 2008, but it seems Powell would rather sign a better quality forward to partner their joint top scorer, Frenchman Yann Kermorgant.