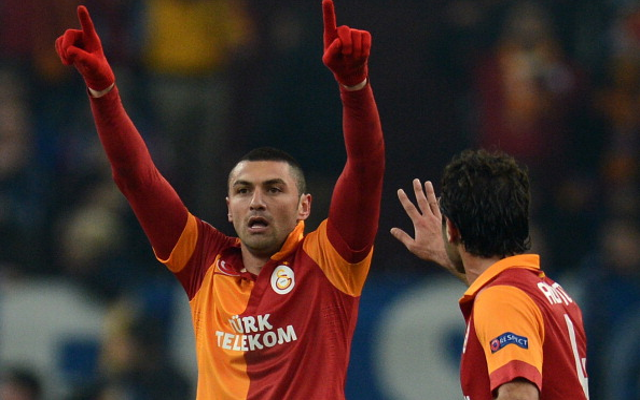 The Turkey international only joined the Istanbul giants at the beginning of last season, having arrived at Gala from fellow Turksih outfit Trabzonspor for just 5 million euros in August 2012.

And in his debut campaign with the Turks, the 27-year-old proved himself to be one of the most prolific marksmen operating on the Continent, finding the back of the net on 24 occasions in only 30 league outings for Fatih Terim’s men as they won the title.

However, it was Burak’s displays in Europe’s premier club competition, the Uefa Champions League, that really caught the attention of the watching world, with the striker netting an impressive eight strikes in just his nine appearances in the tournament as Galatasaray surprisingly made it all the way through to the last eight.

As a result, the self-styled ‘Special One’ has now declared his admiration for Burak, who could potentially fill one of the vacant forward berths at Stamford Bridge next season, especially if both front men Fernando Torres and Demba Ba are, as expected, made surplus to requirements by the Portuguese this summer.

“Burak could play for any team in the world. He is world class,” said Mourinho.