Arsenal are reportedly closing in on a deal to sign Man United winger Nani as Arsene Wenger enters advanced talks with the Old Trafford side.

CaughtOffside understands that Wenger has been pursuing the 26 year old Portuguese international for some months and having seen a number of European sides develop a stronger interest in the Man United man the Gunners boss has stepped up his push to sign the experienced attacker.

Nani has become surplus to requirements at Man United and made just seven Premier League starts last term and will see his chances further limited by the arrival of Wilfried Zaha from Crystal Palace and the former Sporting Lisbon man is said to be very interested in a move to the North London club.

Serie A side Roma and Turkish giants Galatasaray have both been strongly linked with a move to snap up Nani but the Man United man is said to favour a Premier League move having become settled in England. 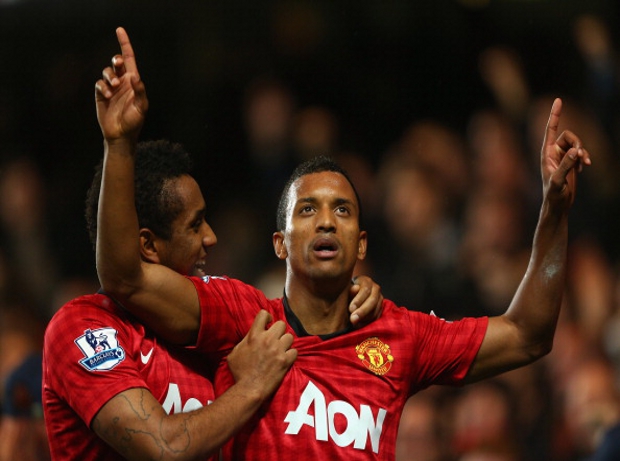 Nani has at times been a pivotal player in Man United’s first team, managing to emerge from the shadow of compatriot Cristiano Ronaldo and impressing greatly during the club’s Premier League title success of 2010/11, making 49 appearances in all competitions and finishing the campaign as the England top tier’s top assist maker.

However it seems the relationship between the player and then boss Sir Alex Ferguson was soured when Nani was left out of the starting eleven for the Champions League final against Barcelona in May 2011 and things appear to have gone backwards for the talented attacker ever since.

Man United are keen to offload the player, not least because of his high wage demands, and are thought to be ready to accept offers in the region of £8.5m and this is a fee Arsene Wenger is ready to fork out especially after receiving encouragement as to the player’s interest in a move to the Emirates Stadium this summer.

It is thought that Arsenal are looking to offload a number of attackers to make way for additions to strengthen the club’s ‘problem area’, with Nicklas Bendtner, Marouane Chamakh, Park Chu-Young and Gervinho all likely to leave this summer.

Nani’s creative talent and ability to play on either wing as well as in an advanced central attacking midfield role are said to be fueling Wenger’s desire to sign the Man United star.

Following his arrival at Man United in June 2007 Nani has made 212 appearances for the club, scoring 40 goals and collecting four Premier League titles and a Champions League success in the process.