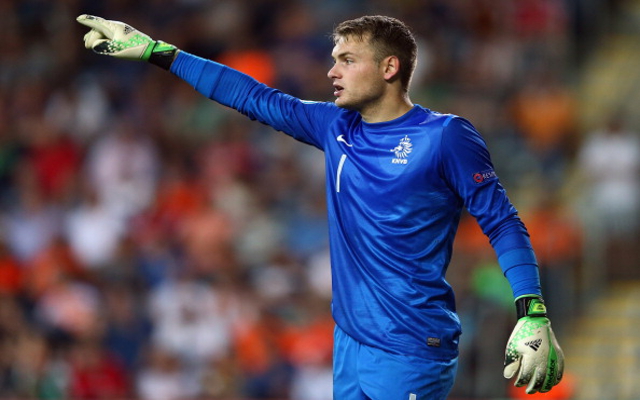 Young Dutch goalie on his way to St James’ Park.

Newcastle United are close to securing the signing of PSV Eindhoven goalkeeper Jeroen Zoet, after the two clubs agreed a fee of £2.5million, claim the Daily Mirror.

Jeroen Zoet spent the last two seasons out on loan at Dutch side RKC Waalwijk, where he played a total of 67 times, before returning to PSV, and now looks set to move to Tyneside.

The Dutch under 21 international will be unveiled to Alan Pardew for approval this week as the Toon’s Director of Football, Joe Kinnear, worked on the deal with controversial owner Mike Ashley – which is being reported as a ‘done deal’.

With the recent departure of long serving veteran keeper Steve Harper from St James’ Park, Newcastle are yet to replace him as they appeared to just want to draw Jak Alnwick from the academy to play as their third choice. Instead, Kinnear has opted to move for the 22 year-old who will become Tim Krul’s understudy when he puts pen to paper.

The former Sunderland target could force Rob Elliot out of the club due to a failure to guarantee any first team football, unlike last year when the 27 year-old keeper became Pardew’s second choice keeper.

Newcastle will now look to wrap up deals for long term target Loic Remy and former England international Darren Bent, as Pardew looks to bring in two strikers this summer. If a deal cannot be agreed for either forward, then Lyon’s Bafetimbi Gomis and Manchester City’s Scott Sinclair will be the third and fourth choice respectively.