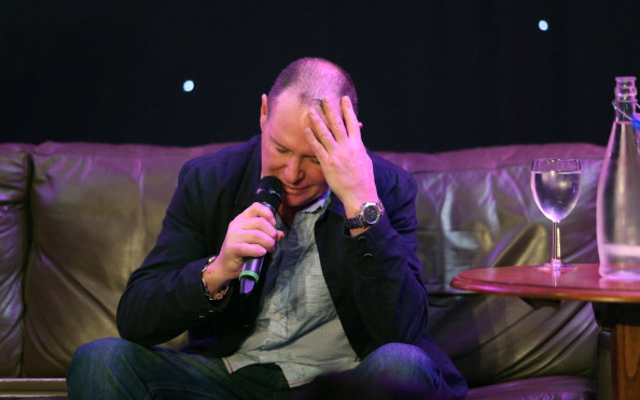 Gazza in a bad way again.

Former England star Paul Gascoigne was rushed to hospital again on Monday night after collapsing in a London hotel with two bottle of gin stuffed into his pockets, the Daily Mail reports.

Reports from those at the scene have stated that the 46-year-old was ‘extremely drunk’ as he ploughed over several plant pots while staggering into the lobby of the Royal National Hotel in Bloomsbury.

Onlookers then said they saw the former Spurs and Lazio ace collapse after breaking down in tears and asking passersby for more alcohol and his ex-wife, Sheryl.

An onlooker said: “He looked in a really bad state. He was hardly conscious. He was wearing the same clothes he was spotted wearing all the weekend.

“He was on his crutches but couldn’t stand up. He kept wandering in and out of the hotel and then he collapsed.

“There was hundreds of pounds worth in notes falling out of his pockets.

“He had two bottles of gin in his pockets.

“One was empty. He was close to vomiting, and kept asking for Sheryl.

“He was crying. It was awful and shocking to see him that way.”

Earlier this year Gascoigne had been in rehab in America earlier this year after apparently being on death’s door and this latest incident comes just days after he was arrested for a drunken assault at a train station.