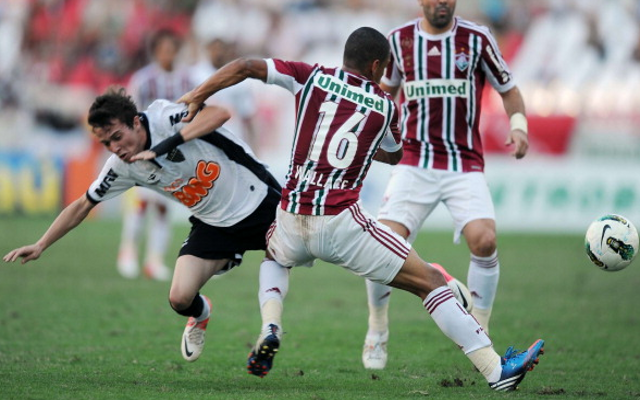 New Chelsea defender Wallace has reportedly emerged as a loan target for Italian duo Inter Milan and Roma, according to Sky Sports.

The 19-year-old full back signed a pre agreement to join the Blues in January from Brazilian club Fluminense and he has now linked up with his new teammates for pre season training this summer.

However, the Serie A sides have envisaged his struggling to make an impact on the squad during his first season n England and are reportedly ready to make a move for the player, which his agent, Frederico Moraes, has refused to rule out.

“There has been a lot of talk about him, and Inter have now emerged, too,” Moraes told Tutto Mercato.

“But at the moment there are no concrete offers.”

He added: “The interest from (Roma sporting director, Walter) Sabatini is not a mystery but no concrete offers have arrived.

“Until you reach this point, there is no point in talking about a transfer.”

Wallace first broke into the Fluminense side back in 2011 but has made just 21 appearances for the club. However, he has helped the club toward winning the Brazilian league championship, the Rio State League and the Guanabara Cup.