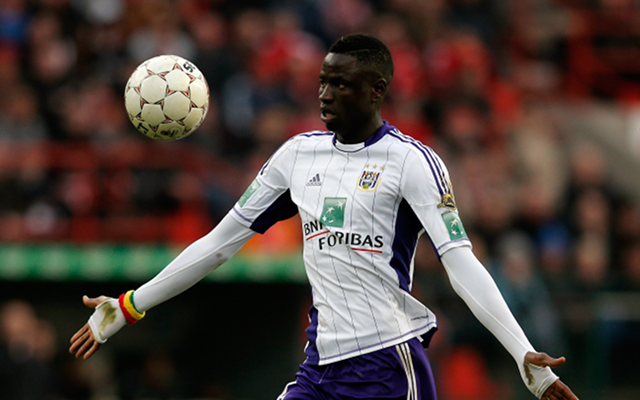 Anderlecht defender Cheikou Kouyate is said to be weighing up a move to the Premier League this summer, Sky Sports reports.

The 23-year-old has been with the Belgian giants since 2008, but sources close to the club suggest that they are expecting the Senegalese international to head for the exit this summer.

A number of Premier League sides are said to be interested in the player with Southampton and Newcastle United lining up to take a closer look, whilst Ukrainian giants Dynamo Kiev are also thought to be keen.

Earlier this summer Kouyate’s teammate Dieumerci M’Bokani headed east to Kiev, however, Kouyate is not expected to follow his former team-mate to the Ukraine, and his agent, Tedir Bekir, is waiting for a final decision to be made.

“I won’t give any names, but Cheikhou has contacts with clubs from the middle of the table in England,” Bekir told La Derniere Heure.

“He hasn’t made a choice yet. The right balance between the sporting challenge, family and finances has to be found.”

The 6″4′ stopper has made over 110 appearances for Anderlecht during his five year spell but spent a year on loan with fellow Belgian side KV Kortrijk during his first season.