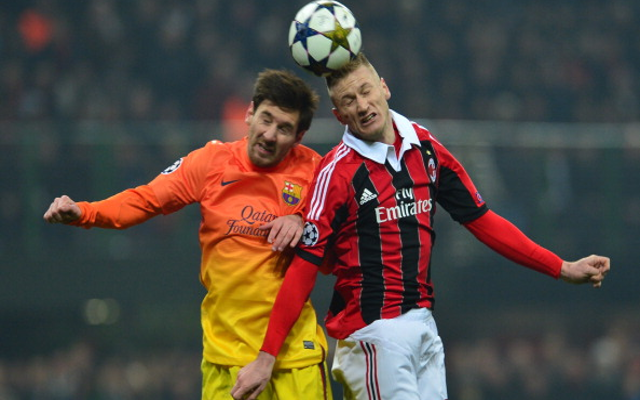 Arsenal are understood to be readying a bid for AC Milan full-back Ignazio Abate, according to talkSPORT.

The Gunners are in the market for a new right-back this summer, and have identified Italian defender Ignazio Abate as a potential signing. With Bacary Sagna set to be let go either this summer or next, the North London club are in search for competition for rising young star Carl Jenkinson.

Abate, 26, has only a year left to run on his current deal at the San Siro, and Milan are believed to be reluctant to sell the Italian international defender this summer, are will reportedly offer him a new deal at the club.

Sagna, too with only 12 months left to run on his current contract at the Emirates, is open to offers elsewhere, as Arsenal are preparing for life without the player. Monaco have expressed some interest in signing Sagna from the Gunners this summer, but no official bid has been made.

Arsenal manager Arsene Wenger is preparing a bid in the region of £6million for Abate as their initial offer. The player is seriously considering a summer switch to the Premier League, if AC Milan fail to make him an acceptable offer to stay at the club long-term.

Having failed in bids to sign highly-rated young defenders Kurt Zouma and Tin Jedvaj this summer, Arsenal are opting for experience at the back as they begin to retool their squad ahead of the new season.