Man United are reportedly closing in on Everton pair Marouane Fellaini and Leighton Baines as David Moyes steps up his push to raid his former club.

CaughtOffside understands that Toffees chairman Bill Kenwright has been more than willing to finance moves to bring in a number of players Roberto Martinez has targeted in the knowledge that in all likelihood Everton would have to relent and accept offers for two players who are said to be keen to move on.

Everton have signed Wigan Athletic forward Arouna Kone, Atletico Madrid keeper Joel Robles and drafted in out of contract Paraguayan Antolin Alcaraz and are said to be likely to bring in Spartak Moscow winger Aiden McGeady among a number of further additions likely to give the Merseyside club a completely new look and feel to the squad Martinez inherited from Moyes this summer. 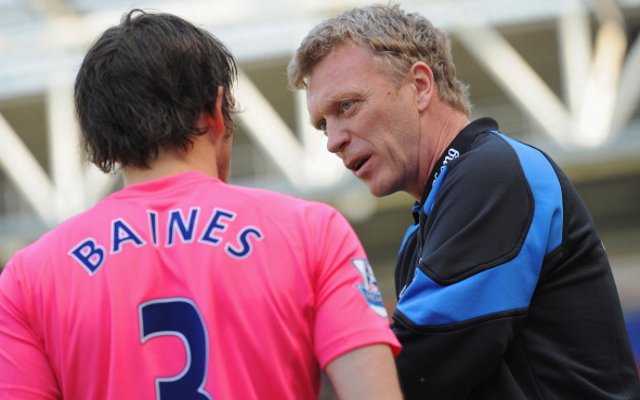 Having failed with an opening bid for 28 year old left-back Baines, said to be in the region of £10m, Man United are willing to meet Everton’s £16m valuation as Moyes looks to replace French veteran Patrice Evra who is likely to return to former club Monaco.

Baines is keen to make the step up to join Man United and will no doubt hope that such a high-profile move would not only see the former Wigan Athletic man challenge for major honours, secure regular Champions League football as well as give the attack minded wide-man a better chance of unseating Ashley Cole from Roy Hodgson’s England national team starting eleven.

Moyes has also been given the funding required to trigger Marouane Fellaini’s reported £24m release clause as he seeks to bring the Belgian powerhouse to strengthen a Man United midfield that lacks bite as well as a goal scoring edge, both of which the towering 25 year old can provide.

Fellaini has more than proving himself over the course of five seasons in the Premier League and David Moyes is keen to lure the Everton man to Old Trafford ahead of reported interest from both Arsenal and Chelsea. 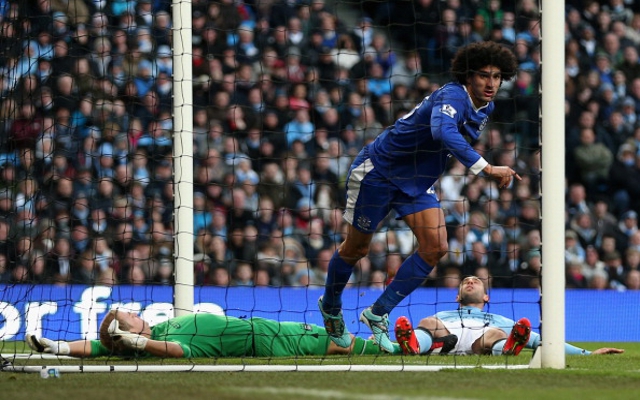 The Scot is confident he can win the race to sign his former charge and interest in Fellaini would not come at the cost of his pursuit of Barcelona youngster Thiago Alcantara, though reports today suggest that the Premier League title holders may well be set to lose that battle to Bayern Munich.

With Paul Scholes calling it quits, Darren Fletcher’s continuing recovery from illness and Anderson’s lack of consistency Moyes arguably can only rely on veteran Michael Carrick to produce on a regular basis, with youngster Tom Cleverley blowing hot and cold last term. Therefore the signing of a fresh central midfield option is a key part of the new Man United manager’s summer transfer plans.