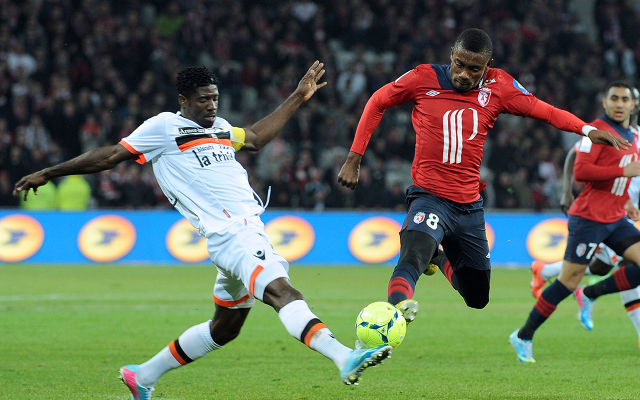 Former Chelsea striker claims there is interest from across the Channel.

Lille forward Salomon Kalou claims there are clubs in England who are interested in signing him, Sky Sports reports.

The Ivorian hitman spent six years at Stamford Bridge with Chelsea between 2006-12, making over 250 appearances and scoring 60 goals before heading over to France last summer on a free transfer.

He has enjoyed a fine maiden season in Ligue 1, notching 14 goals for the club as they managed to recover from a slow start to manage a sixth placed finish. And though he has said that he is enjoying his football in northern France, he had confessed to missing the Premier League too.

He may get his wish to return soon, should what he says be believed as he claims there are a number of club’s in the English top flight who would be willing to bring him back.

“There is some interest in me in England but, to be honest, I am enjoying my time at Lille as much as I can.

“However, it is not just my choice.

“West Brom are a very good club, with good players. The Premier League is attractive but I have a contract here.”

Albion have already brought in one striker in the shape of Nicolas Anelka but are thought to be willing to consider a deal for the Ivory Coast international.