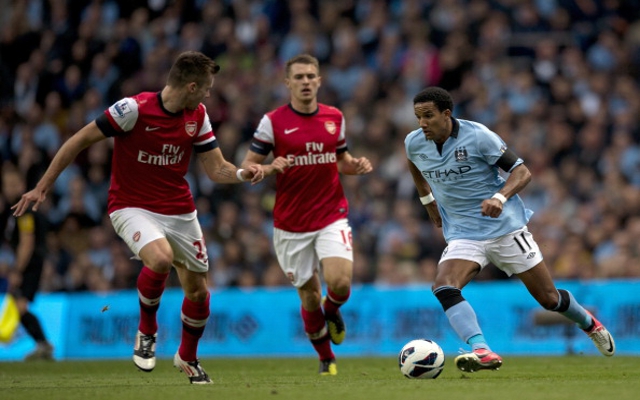 Newcastle look set to make an approach for Manchester City winger Scott Sinclair according to The Mirror.

The England winger moved to the Etihad Stadium last summer from Swansea but has failed to make much of an impact on the first team.

He managed just fourteen appearances last season and is thought to be keen to secure a move away from the club in order to secure first team football.

Sinclair was knocking on the door of the England squad before his move to City but slipped away as his lack of game time meant he was ignored by manager Roy Hodgson.

He is thought to be keen to get playing again as he retains an outside chance of making the England squad for next summer’s World Cup finals tournament in Brazil.

That could pave the way for a move to St. James’ Park as Newcastle look to bring in attacking reinforcements. The club are still yet to replace Demba Ba, who left Tyneside to join Chelsea during the January transfer window.

Newcastle boss Alan Pardew is reportedly keen to bring in some English faces as he feels the current dressing room has too much of a Gallic make-up. He is understood to have the support of new director of football Joe Kinnear, but it is not clear how Graham Carr, the mastermind behind the French recruitment drive, feels about the situation.