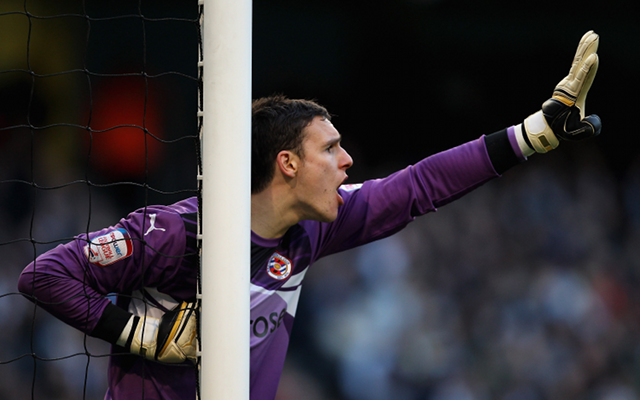 Young shot stopper enjoyed an eye-catching campaign between the sticks for the Royals last season.

Newcastle United are interested in signing highly rated Reading goalkeeper Alex McCarthy this summer, according to reports in the Daily Mirror.

The England Under-21 international has been at the Madejsk stadium for the past three seasons now, during which time the 23-year-old has spent periods out on loan at both Championship outfits Leeds United and Ipswich Town.

However, in the previous campaign the shot stopper really came to prominence after a series of outstanding displays between the sticks for the Royals, with McCarthy featuring in 30 contests in all competitions for Reading last season, including 26 in the top flight, although his form in goal was still not enough to prevent his side from being relegated to the Championship in May.

But that has not stopped the Magpies from expressing an interest in the keeper, who has also been watched by the likes of Chelsea, Arsenal and Liverpool.

In fact, it had been thought that McCarthy would be moving to Anfield this summer after the Englishman’s man-of-the-match performance against Brendan Rodgers’s side in the Premier League last April, a display that the Reds boss later called one of the best-ever that he had seen from a goalkeeper in his career.

However, Liverpool have not followed up that initial interest, and now it seems as though it will be Newcastle where McCarthy could be playing next season.