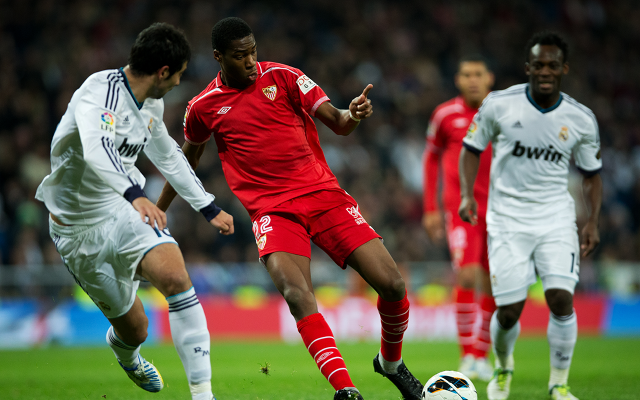 The Gunners have identified the 20-year old French midfielder as the ideal defensive midfield signing after losing out on their two premier targets this summer. Failing in a bid to sign Real Sociedad midfielder Asier Illarramendi, the Spanish midfielder is set to join Real Madrid this summer in a £25million deal, after they ended their pursuit of the Sevilla star.

Manchester United and Chelsea have both been linked with a move for Kondogbia this summer, but it’s understood that his preference is a move to Arsenal, under manager Arsene Wenger, who has a knack for producing the best out of his young talents.

Sevilla are ready to sell Kondogbia, who was set to join Real Madrid for £10million before they cooled their interest. Arsenal are preparing a similar bid to sign the Frenchman, who was hugely impressive in La Liga last season. His ball-winning skills and well-timed tackles give him the attributed of a top class defensive midfielder, the likes Arsenal haven’t enjoyed since the days of Patrick Vieira, earning him some strong comparisons.

Arsenal failed with a bid to sign Marouane Fellaini from Everton this week, after seeing an £18million bid turned down. The London club refuse to meet the reported £23million release clause of the Belgian, and see French starlet Kondogbia a more viable option.