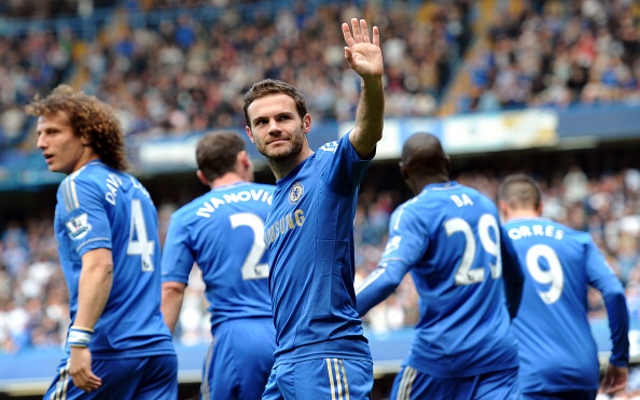 Barcelona have set their sights on two Chelsea stars as Nou Camp boss Tito Vilanova looks to fork out as much as £60m to bring in Stamford Bridge duo Juan Mata and David Luiz.

The Daily Star claim that the Catalan side want Blues star Mata to replace Thiago Alcantara, this despite the fact that the young Barcelona midfielder is little more than a bit part player, hence his probable move to either Bayern Munich or Man United this summer.

This source rather wildly states that Mata is not part of Jose Mourinho’s Chelsea plans, which is a little hard to swallow when you take into account that the former Valencia man is probably the West London club’s most effective creative talent.

Barcelona will look to finance a move for the £30m rated 25 year old by selling the aforementioned Thiago as well as young attacker Christian Tello.

Mata has been a massive success at Chelsea, scoring 32 goals and providing an astonishing 59 assists in his 118 appearances for the club, helping the Stamford Bridge side to a Champions League and Europa League title in the process.