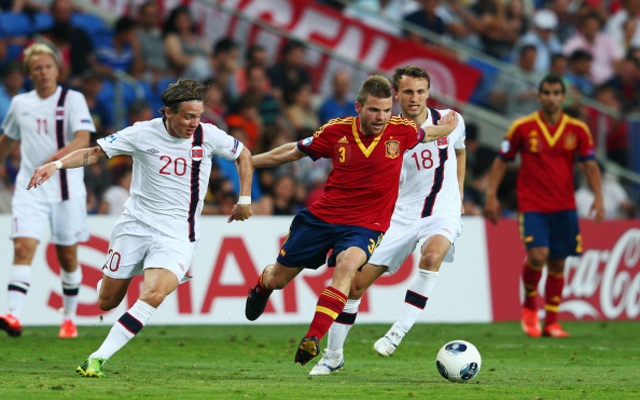 Real Madrid have completed a £33.6m deal to sign Real Sociedad midfielder Asier Illarramendi who is seen as a possible long term replacement for Xabi Alonso according to the Guardian.

The young Spaniard has moved to the Bernabeu following a very impressive series of displays at the European Under 21 Championships this summer and the 23 year old becomes the first high profile signing of Carlo Ancelotti’s tenure at the La Liga side.

Real Madrid had already brought in Daniel Carvajal, Isco and Casemiro prior to the former PSG manager’s arrival and the signing of Illarramendi may well lead to speculation as to Alonso’s short term future.

The 31 year old former Liverpool man has just a year to run on his current contract and has thus far rejected calls to sign a new deal and the arrival of the Real Sociedad man could leave Xabi Alonso considering his options.

“Real Madrid have signed Asier Illarramendi, who is now tied to the club for the next six seasons. The player will be presented tomorrow after undergoing the relevant medical tests.”