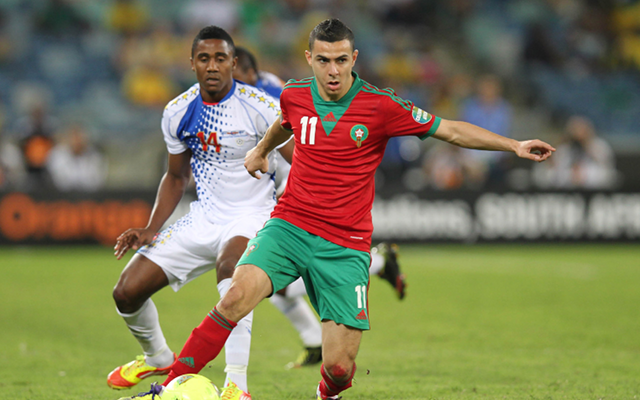 The Moroccan international joined the Anfield club last summer from fellow Eredivise side Heerenveen but has endured a torrid time during his first season in England, managing just 12 appearances across all competitions and he is now thought to be available for sale by Brendan Rodgers.

His time now appears to be running out after the arrivals of Luis Alberto and Iago Aspas from Sevilla and Celta Vigo, but he may be given an escape route in the form of Twente.

The former champions are said to be looking for replacements for star man Nacer Chadli who is reportedly on the verge of joining Tottenham Hotspur this summer.

The 24-year-old is apparently still highly regarded back in the Netherlands and Twente will step up their pursuit of the player once Chadli finally seals his move to White Heart Lane.

Their Eredivise rivals Feyenoord are reportedly also monitoring his situation but Twente will be boosted by the cash received for both Chadli and Leroy Fer, who is expected to complete his move to Norwich City later this week.