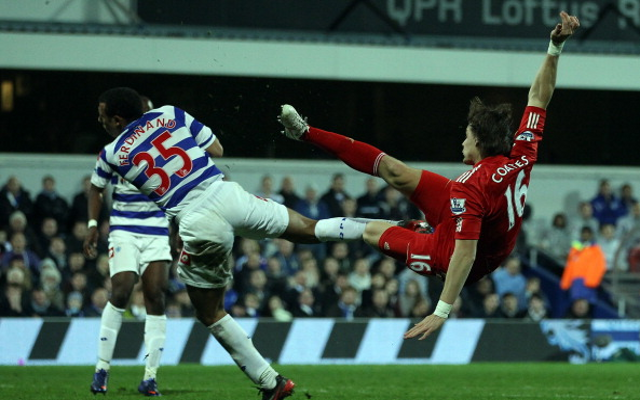 West London club are keen to bolster their defensive ranks for next season.

Fulham are interested in signing unwanted Liverpool defender Sebastian Coates this summer, according to reports in the Daily Mirror.

The up-and-coming Uruguay international has only been at Anfield for the past two seasons now, having originally been brought to Merseyside from Nacional on a long-term deal in August 2011 by previous Reds head coach Kenny Dalglish.

However, in the intervening two-year period it is fair to say that the 22-year-old has found it hard to win a regular starting berth at the back for the Premier League giants, behind in the pecking order as he is to first-choices defenders Daniel Agger, Jamie Carragher and Marin Skrtel.

In fact, the central defender has featured in just 24 matches overall in all competitions for the Reds since he first signed for the club, scoring two goals in the process, including making only 12 appearances in the Premier League.

And as a result, new Liverpool boss Brendan Rodgers is said to be happy to let Coates leave Anfield this summer now that the transfer window has reopened, with Fulham manager Martin Jol known to be a keen admirer of the classy centre back, with a move for the Uruguayan set to be finalised shortly.