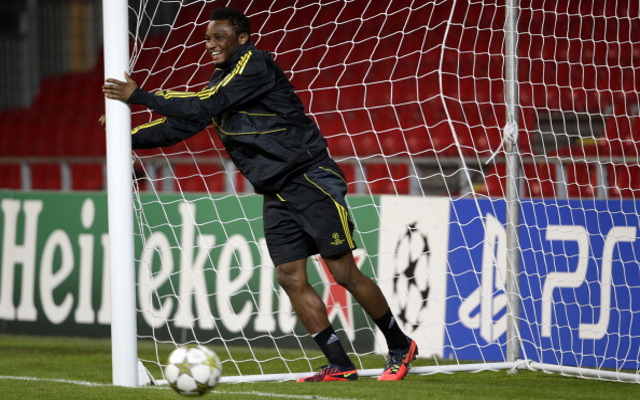 Stamford Bridge side on Monaco radar.

The Ligue 2 champions appeared to have finished their summer spending after the arrivals of former French internationals Eric Abidal [from Barcelona] and Jeremy Toulalan [from Malaga], but now it seems they have found a new target.

Nigerian international, Mikel, was reported to be on his was to Turkish side Galatasaray [to join up with former team mate Didier Drogba] or Trabzonspor for a fee of £16million.

But now the newly promoted French side are interest, will the 26 year-old be able to reject their advances with the substantial amounts of money they have been offering players, such as Radamel Falcao and James Rodrgiuez.

“I have a four-year contract with Chelsea, but you know, in football you can never guess, one day you are here, the next day you might leave,” Mikel recently told British media outlets.

New manager, Jose Mourinho, looks to continue his overhaul at Stamford Bridge with Sporting Lisbon teenager Bruma subject to a bid from the Blues, and Senegalese striker Demba Ba poised to leave London this summer as a host of clubs line up for the 28 year-old.

Clubs, such as Aston Villa and West Ham, are reportedly interested in the ex-Newcastle man as the Chelsea boss appears to favour £50million flop Fernando Torres and Romelu Lukaku as his striking options. Ba could be available for just £8million as Mourinho ponders a £35million bid for Liverpool want away striker Luis Suarez.