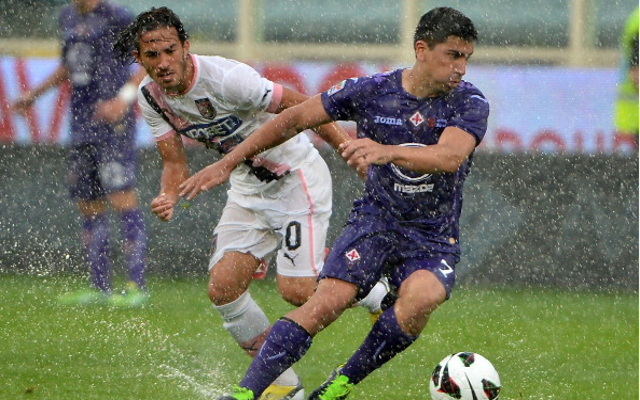 Etihad Stadium side set sights on Serie A man.

Manchester City are closing in on a deal to re-sign midfielder David Pizarro from Fiorentina this summer, according to Football Italia.

Quoting Sky Italia, they claim that Manchester City are ready to bring back midfielder David Pizarro to the Premier League. The 33-year old midfielder is understood to have a good relationship with new Manchester City boss Manuel Pellegrini, and the 59-year old coach wants to sign Pizarro for the upcoming season.

With just 12 months left on his current deal with Fiorentina, Pizarro has stated he wishes to leave the club in search of a new challenge this summer. Pizarro’s agent, Alejandro Santisteban, is in Florence today for talks with Viola officials over his future.

Having joined Manchester City on an initial six-month loan back in January 2012 from AS Roma, appearing in five games and scoring a goal towards the end of the season, playing a part in their title-winning season, Pizarro is not against the idea of returning to the Etihad next season.

The same report claims that Manchester City right back Maicon is closing in on a return back to Italy, with a loan switch to Roma on the cards. The Brazilian defender is third choice at City, behind Pablo Zabaleta and Micah Richards, and has found playing time hard to come by since his £3million transfer from Inter Milan last season.