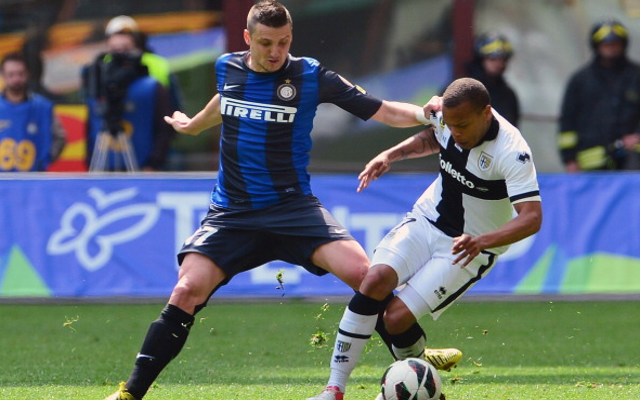 West Ham have made an enquiry into the availability of Inter Milan midfielder Zdravko Kuzmanovic, according to Sky Italy.

The Hammers are believed to be interested in signing the Serbian international Kuzmanovic this summer, following his poor performances for Inter this past season. The Italian club endure a rough season, seeing them finish 9th in Serie A, and are bracing themselves for a summer exodus.

The 25-year old midfielder was signed in January from Stuttgart for an undisclosed fee, on deal lasting until the summer of 2017, however, the Serbian failed to impress in 13 appearances from then on, and manager Walter Mazzarri may be willing to let the midfielder go out on a season-long loan to the London club.

The former Stuttgart man was also a target for Chelsea, who had a £23million bid turned down in 2011 but the German club. The Hammers are looking for cheaper deals to rebuild their squad ahead of the new season, after spending the bulk of their transfer funds this window on securing Liverpool striker Andy Carroll, signing for a reported £15million.

Kuzmanovic joins a long list of players the Hammers are interested in signing on loan this summer, after failing in a bid to sign Gerard Deulofeu from Barcelona, who will spend the upcoming season on loan at Everton. The Hammers are interested in signing both Romelu Lukaku and Demba Ba on loan from Chelsea, whilst entering negotiations with West Brom regarding the sale of midfielder Graham Dorrans.