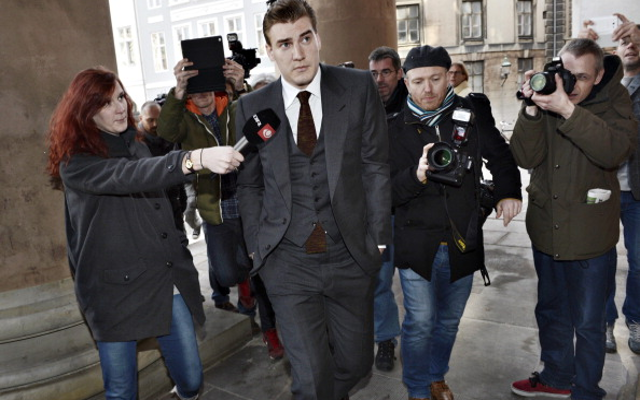 Emirates Stadium side could end up stuck with unwanted Dane.

Arsenal may be stuck with Nicklas Bendtner for another year after his move to Eintracht Frankfurt has collapsed, due to failing to agree personal terms according to the Daily Mail.

The German side’s chairman, Heribert Bruchhagen, publicly announced on Thursday that the deal seemed unlikely due to the Danish striker demanding higher wages then they were willing to offer.

Today, it appears the deal has collapsed completely and talks are now over between the player and the Bundesliga side, even though a fee had been agreed with Arsenal.

With the German clubs sporting director, Bruno Hubner, releasing this statement; “We would like to thank Arsenal manager Arsene Wenger for the constructive conversations and the high level of cooperation.”

“There was interest from all three parties, but in the end it did not match up.”

Interest in the forward was scarce, now it the only team interested [Frankfurt] have pulled out of signing the Danish flop. The striker is surplus to requirements at the London club, making it very unlikely that Arsene Wenger will opt to play the 25 year-old, especially with Olivier Giroud and Lukas Podolski – who arrived last summer.

Frankfurt have now turned their attention to Sparta Prague’s forward Vaclav Kadlec who is very keen on a move to Germany. The Czech Republic international managed an impressive 14 goals in just 26 appearances last season, as he helped Prague to a second placed finish.

Arsenal, on the other hand, are looking into signing Liverpool striker Luis Suarez as the Gonzalo Higuain deal appears to have stalled. The Uruguayan striker has become a target for a host of big clubs, such as Real Madrid, Chelsea and the aforementioned – Arsenal.