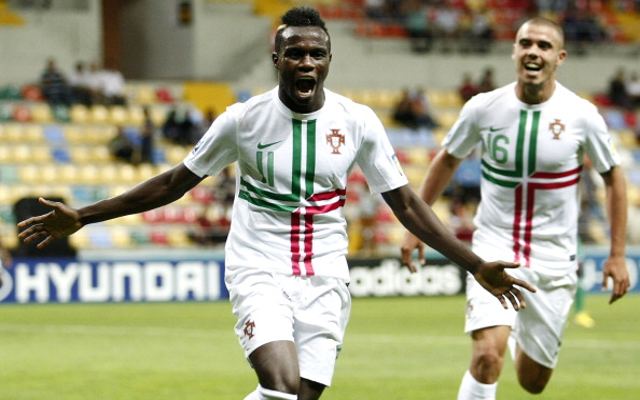 Chelsea have tabled a €8m (£6.9m) offer for Portuguese youngster Bruma according to ESPN.

The Sporting Lisbon winger has refused to train with his Primeira Liga side amid talk of a great deal of interest in the 18 year old who has impressed many during his breakthrough season in Portugal.

“I was in charge of presenting offers to Sporting,” Balde said. “There are offers from foreign clubs, from Chelsea and from Galatasaray, worth €8 million, that could reach €12 million.

“From this moment on, considering that he is a highly coveted player, it is possible that more offers will arrive, because I know that several clubs were waiting for the best moment to make a move. Right now, Bruma’s mind is not on Sporting.”

The starlet has impressed at the FIFA Under-20 World Cup in Turkey this summer, scoring five goals in four games, and Mourinho will hope that his West London side can lure the youngster, dubbed ‘The New Cristiano Ronaldo’ to the Premier League side ahead of any other potential interested parties.

Bruma was recommended to Mourinho during his time at Real Madrid and no doubt the La Liga side will have taken an interest in the Guinea-Bissau born attacker.

The starlet made his debut for Sporting Lisbon in February and has made a total of 13 appearances for the Primeira Liga side having moved to the club six years ago.

Chelsea owner Roman Abramovich is known to be pushing to continue the youthful transfer policy that saw the Blues bring in a host of young talents over the past 18 months, including the likes of Eden Hazard, Oscar, Cesar Azpilicueta and summer signings Marco van Ginkel and Andre Schurrle.