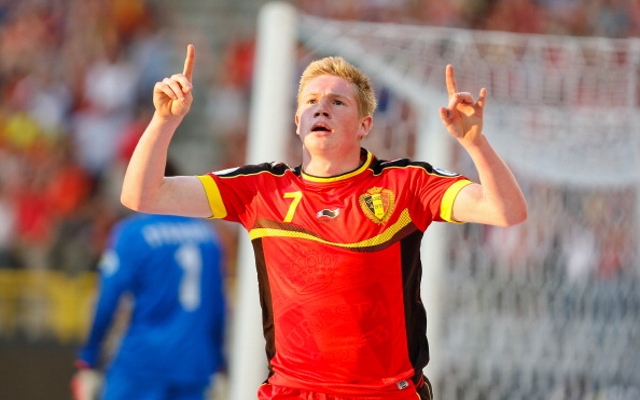 Belgium has yet to pull on the club shirt after 18 months in London.

Chelsea midfield player Kevin De Bruyne says that he is desperate to repay the faith shown in him by new Blues head coach Jose Mourinho on the west London club’s pre-season tour of Asia, according to reports in the Daily Mail.

The exciting young Belgium international has actually been at Stamford Bridge for the past one-and-a-half seasons now, having first arrived in the capital from Belgium outfit Genk on a five-and-a-half-year contract in a deal worth £7 million in January 2011.

However, in the intervening 18-month period the 22-year-old has still to make even a single appearance for Chelsea after initially being loaned straight back to Genk for the second half of the 2011-12 campaign.

And then when Roberto Di Matteo was confirmed as the permanent Blues coach in the summer of 2012, the midfield player was once again deemed surplus to requirements by the club and was shipped out on a season-long loan to Bundesliga outfit Werder Bremen in the previous campaign.

But it was De Bruyne’s eye-catching form in Germany in the 2012-13 season, in which the player registered a highly impressive 10 goals and 10 assists overall in his 33 matches in all competitions for Bremen, that have convinced Mourinho to finally give the Belgium his first-team chance at the Bridge.

And speaking to the club’s official website, www.chelseafc.com, De Bruyne said: “The manager said he has a lot of confidence and brought me back because he believes in me.

“I have to show that on the pitch, but it is nice when the trainer has confidence in you. I have to work hard and see what happens in pre-season.

“After training you can have a good laugh, but in the session he likes discipline and that everybody is working hard on the field.”